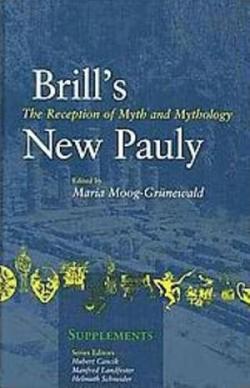 Following the structure of the Classical Tradition volumes of Brill’s New Pauly this Supplement volume – The Reception of Myth and Mythology highlights the routes and works through which the myths of Greece and Rome have passed into the cultural memory of Europe over the centuries, into its literature, music and art and its reflections on aesthetics and philosophy. New media too, such as film, comics and advertising, have taken up the ancient mythological figures. 187 illustrations provide visual examples of this history.
The articles discuss the ancient testimonies to a particular myth and pursue the theme through late antiquity and the Middle Ages into the early modern period and the (post)modern world. A bibliography at the end of each entry presents the current state of scholarship.
The indices provide references firstly to other mythical figures, and secondly to over 2,600 representative figures of all creative genres from antiquity to the present day who have taken up, interpreted and constantly reshaped the ancient myths.
This is a valuable addition to the increasing literature on the influence of Classical culture on later generations.

The Reception of Myth and Mythology beim Brill-Verlag